Bureau took some time to process the news.

Clock – who knew more than most because if its vantage point on wall above doorway – explained patiently.

“It happens with them. Sooner or later, their pieces wear down like everyone’s and they stop working. It’s perfectly natural”.

And it was true. Ernest had cared for his household objects more lovingly than most. For many years and on a daily basis, he slowly took his elderly frame around the house, dusting and polishing, even – on occasion – speaking.

Of course, he had no way of knowing the objects of his attentions could understand him. And he certainly couldn’t hear them speak back. But, perhaps (on some subconscious level) he did know, because (at least as far back as bureau could remember) a day never went by that he didn’t complete his cleaning …

… until the last day.

Mirror was the closest, fortunately (or unfortunately, depending on your point of view) when it happened. Ernest was polishing its face when he dropped cloth (that he’d been using) and shook his left hand as though in pain. From there he grabbed his chest, fell forward, slid down mirror and came to rest on floor.

Clock had seen it all, and was desperate to do something. It turned its attention towards phone nearby, but phone – though more desperate than clock to do something since its entire purpose was communication – could only watch.

Carpet tried to make itself feel more comfortable, just in case that somehow helped Ernest. But nothing happened. Ernest lay there, not moving. Not breathing.

It was thanks to carpet, though, that the other household objects heard what had happened.

Carpet – frantic with worry – told wall; wall told windows, clock and ceiling. Ceiling boomed the message down to everyone …

Television had harboured suspicions – it had seen enough similar things in its time when Earnest watched it – but it had hoped otherwise.

And house and its objects mourned, for all of them had loved Ernest. After all, they were his, and he’d looked after them well for a long time.

And a long time passed, seemingly, before anything changed. In mourning, house and its objects didn’t notice that only days had passed, for it seemed much longer. Doorbell chimed a couple of times, but was so mired in its grief that neither it – nor anything else – noticed.

But someone outside had.

A neighbour who stopped by from time to time to check on the wellbeing of the elderly Ernest had grown worried when he hadn’t answered her last check as he usually did. Almost immediately, she’d called the authorities and an ambulance and police were sent out.

Door was woken from its grief by people pushing it open. It hurt only slightly as it was harshly separated from door frame and lock (they were all pretty sturdy) by the people in uniforms.

House and its objects looked on with concern, but also with a vague knowledge that others like Ernest were here to help!

“Do you think they’ll be able to help him move again?”

“It depends. Sometimes, they can be repaired. But … ”.

In fairly rapid succession, Ernest was taken away. Door was closed up. The people in uniforms left.

House and its objects were quiet in their grief and confusion. An unspoken question hung in the air.

“What will happen to us now?”

An answer came within a further couple of days, and began when automatic timer told lamp it couldn’t provide any power to it because there was no power coming into house.

DVD recorder confirmed this, having been too mired in its own grief and confusion to notice when the power originally went off.

Refrigerator said that it, too, had lost power – and with it, its ability to hum.

Other objects around house also began talking about the lack of power coming from outside.

The next day, other people came back to the house. Some looked similar to Ernest in a strange and confusing way, and some didn’t. Some cried. Others didn’t, but looked sympathetic. Some dressed similarly, and these were the busiest. When the ones dressed dissimilarly had left (after looking through desk and taking papers), the similarly-dressed ones looked through refrigerator and freezer, throwing away food before tying the bag bin was chewing on and taking it away. Then they brought in other objects from outside. An unfamiliar vacuum cleaner had its face run over carpet, causing a little jealousy amongst household vacuum. The interloper merely shrugged.

Soon, everyone had left, leaving house and its objects to grow more and more unnerved by what was happening – or, rather – what was going to happen, for everything sensed a change coming.

The next day the people who dressed the same were back, and this time something almost as terrible as Ernest’s death happened …

… they were taking away the other objects!

Panic set in, though it was a panic nothing could do anything about! All were helpless as they were loaded into a large truck.

Clock, television, DVD recorder and other electrical objects – even alarm clock – were put into a separate vehicle and taken away without even the opportunity to say goodbye.

Larger objects like bed, lounge and desk were put into a truck larger than anything anything had ever seen!

A different one of these ate refrigerator, washing machine and dryer!

Finally, other objects like phone table, mirror, and even bureau were put into another truck, the door slamming behind them, leaving them in darkness.

Nothing could answer bureau. The situation was as alien to them as it was to it.

Phone table had tried asking the truck they were in, but it was like it spoke a different language and nobody there understood it.

All they could do was wait and see …

Its life had not been a good one.

From the truck, they had been lumped into a warehouse with other foreign objects. Though there were many attempts at communication, nothing could understand the babble that washed over them. There was a general feeling of fear, of oncoming change, but that was the only similarity between the disparate objects.

Bureau knew it wouldn’t be long before it would never see the other objects from its home again. Just as refrigerator and clock and the others had been separated, so too would it be separated from its remaining friends.

And it couldn’t even say goodbye. A deep depression had settled over it. So deep that it didn’t even notice when it was hauled before a group of people weeks later. There were shouts, a man speaking very fast and banging a hammer. More travel – in a van this time. And bureau found itself somewhere else. Somewhere it didn’t speak the language. Somewhere it always felt like an outsider.

Somewhere nobody ever polished it or said, “There y’go. Good as new”, or, “It’s a lot of work, this. But it’s worth it”.

Over time, bureau became less and less polished and more and more dilapidated.

One horrible day a long time from when Ernest had died, bureau was collected by some large, smelly people and taken to a truck. When the truck opened, bureau was taken out and thrown, landing hard.

Bureau looked around as far as its angle of vision allowed. It was surrounded by mounds and mounds of objects in various states of disrepair and decay as far as it could see.

Then something else happened … something bureau had never experienced.

Bureau felt as if the rain were the tears it was incapable of shedding for itself.

After another long time, time where bureau alternately roasted in the sun or froze in the rain, time in which it was covered by layers of dust and dirt or used as a nest by rats, something else happened.

Soon enough bureau realized it was larger even than some of the vans that had carried away its family those many years ago.

Bureau wondered if it was being taken away again, possibly to somewhere even worse than this dump …

… but that wonder turned to fear as the yellow object grew closer and closer … !

Bureau tried to yell, to let the object know it was here! Worn rasps came out, the best it could manage. But regardless or whether the yellow object could hear (or even understand) it, bureau had the horrible feeling that it really didn’t care …

… a feeling confirmed when the yellow object crushed right over bureau …

… and all went black.

Bureau wanted to not look anymore. It had been in greater pain than it had ever known. The dust and dirt and noise and mud … the splintering and the horror …

Bureau suddenly noticed … all those things were gone!

In fact, there was now something else … ! Something …

In wonder it watched its former owner move on to the next object – and there it was! Mirror! And clock and television and …

Bureau looked around in awe … it was back, and so was everything else! Just as it had been so long ago when Ernest had been looking after them.

Clock winked as Ernest turned around …

“You’re in the afterlife now, bureau”.

And bureau knew that here – in the afterlife – nobody’s pieces would ever wear down or stop working, and that it … he … would be with his loved ones forever.

This short story is a work of fiction. Any and all names, characters and/or incidents are either products of my imagination or are used fictitiously. Where any such resemblance may exist to actual persons (living or dead), actual events or locales, it is purely coincidental.

Please don’t assume that my characters speak for me or carry my own opinions on various matters in any way, shape or form (though some might – you never can tell).

7 thoughts on “Inanymity (A Short Story)” 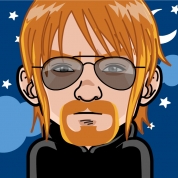